Our medical negligence solicitors represented a gentleman who had sadly lost his beloved wife at a South West hospital after suffering a cardiac arrest as a result of untreated raised potassium levels.

Admission to hospital after a fall

Mrs B was admitted to hospital after falling and cutting her head. She was admitted to the plastic surgery ward where the wound was treated and tests were run. During this time, her potassium levels were found to be raised, but not so high as to constitute an emergency.

The critical factor was the level of potassium in her blood; if it is above a certain level, it is considered a medical emergency. This is because severely raised potassium carries a very high risk of triggering heart problems which can prove fatal. The hospital had a standard operating procedure which stated that this level of high potassium should be treated within 15 to 30 minutes of the blood result being available. This rapidly protects the heart and reduces the amount of potassium in the blood.

On the morning of her death in October 2018, Mrs B’s blood was re-tested and the result showed it was now well above the threshold that constituted a medical emergency. It therefore represented a significant risk to her.

At 12:30pm that same day, the laboratory reported the result to the treating plastic surgery department and the call was taken by a nurse. A nearby doctor was informed and declined to help. The nurse informed another nurse, and they tried to contact other doctors. The responsible doctor had left the ward without her pager and could not be contacted. Another on-call doctor was reached but was either not told of the urgency of the result or chose to pass responsibility to someone else as he only said he would try to reach the responsible doctor. The nurse ward manager was informed.

No one contacted a consultant or anyone outside of the department, despite previous involvement from other teams. No one called the medical emergency (crash) team, either. Mrs B was sent for an ultrasound scan at 1:13pm. Unfortunately, by the time a doctor had been informed of the potassium result and come to the ward, Mrs B had suffered a cardiac arrest in the radiology department and sadly died.

Internal investigation into the death

An internal incident report (known as a ‘Datix’) had been raised four days after Mrs B’s death. The Datix noted the high potassium and queried whether the death required an internal review. The investigation experienced several ‘stumbling blocks’:

Our client, Mr B, knew nothing about any of this at the time. In particular, despite owing a statutory duty of candour, the hospital Trust did not inform Mr B of the cause of his wife’s death.

Our medical negligence solicitors were instructed in the run-up to the inquest into Mrs B’s death and represented Mr B at the hearings and final inquest, along with counsel. At the first pre-inquest hearing, neither the Coroner nor Mr B had been informed about the relevance of Mrs B’s potassium levels, despite this hearing taking place after the declaration of the serious incident.

‘Death was contributed to by neglect’

At the conclusion of the inquest in March 2020, a narrative conclusion was given which, in summary, said that Mrs B’s severe and untreated raised potassium resulted in cardiac arrest, and that her death was contributed to by neglect.

The Coroner said there was undoubtedly a gross failure to provide Mrs B, who was vulnerable and entirely dependent on her doctors, with basic medical attention: the drugs required to save her life. The Coroner accepted the evidence of a renal expert that if treatment had been given within 30 minutes of the abnormal test result that Mrs B’s death probably would have been avoided. He said it caused him considerable concern that a doctor had declined to help. He commented that he thought the public would be stunned to know that in the middle of the day in a busy hospital, someone could die because no one could find a doctor.

Thereafter, Barcan+Kirby’s medical negligence team continued to assist Mr B with his civil claim and obtained a full admission of liability from the hospital Trust, as well as an apology for the tragic and wholly avoidable death of his wife.

At the time of Mrs B’s death, Mr B had been her full-time carer. He had not worked for many years as a result. He was therefore financially dependent on the state benefits paid to both of them, such as Carer’s Allowance, and had been put in a very difficult financial situation as a result of his wife’s death.

If you or a loved one has suffered from a delay in diagnosis or negligent medical treatment, our clinical negligence solicitors are here to help. Based in Bristol, our solicitors work with people all over England and Wales.

For an informal discussion about a potential medical negligence claim, call us on 0117 325 2929 or complete our online enquiry form. 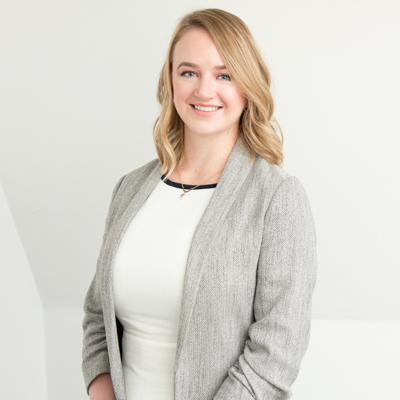